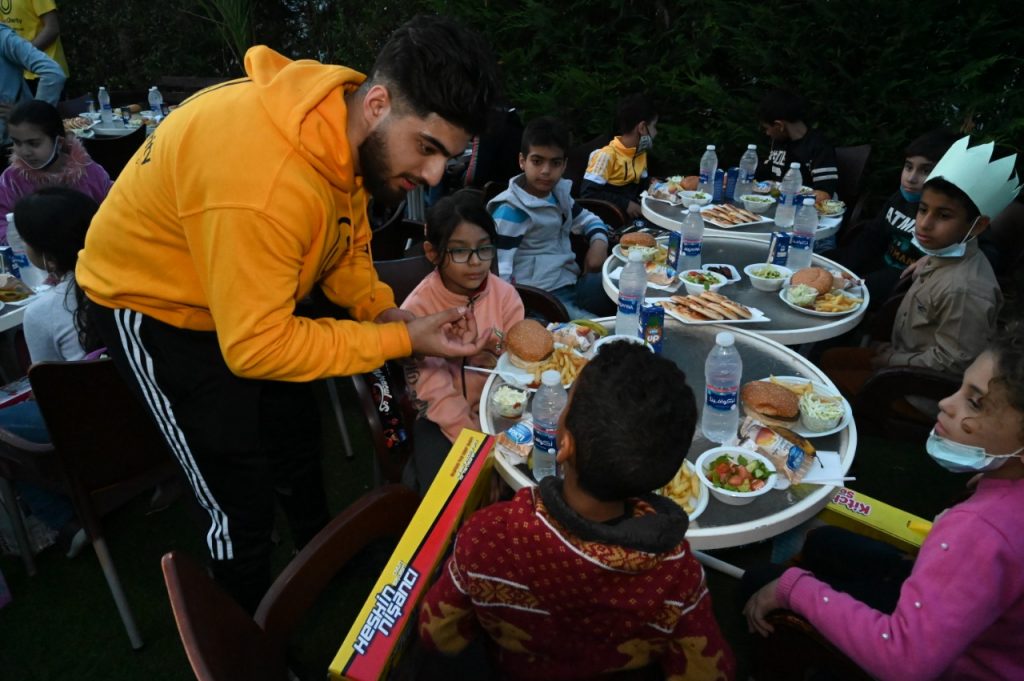 “If you come back home and this deployment hasn’t changed you, you’ve done it wrong.”

Wise words from the Director of Fundraising at Salam Charity UK, Waseem Iqbal (aka WazzioTV). He said this during our first Zoom briefing, but they stuck with me throughout the deployment, and once we returned to the UK.

I’ve been volunteering for over ten years, so this deployment was a long time coming. Being able to physically witness where donations are being used, speak to beneficiaries, and see the projects first-hand, is life-changing and one I would encourage all fundraisers to experience.

We travelled out to Lebanon on the 13th April, returning on the 19th. In that time, we fed over 1,000 families, visited numerous refugee camps, and provided medical care to a number of young children.

Day one and two

Each morning, we’d leave our accommodation and travel for 1-2 hours to the Syria border, to the refugee camps, where a van stocked with our 25kg food parcels would be waiting for us. Two volunteers at a time would organise the boxes, and our team of 20 volunteers would then distribute two food parcels and a bag of bread to each family. These food parcels contain all the staples of the Lebanese diet, from rice and pasta, to lentils and oil, and would generally last a family of 5 one month.

The number of families we met who said these parcels would be their main source of food, and how critical they were to receive, was eye-opening. One woman, a young mother, told us without these parcels, she would struggle to afford simple food products such as yoghurt and bread to feed her children.

After distribution was completed, we’d split into smaller groups and sit with families in their homes. They’d tell us their background, their history, their stories…

The effect on me, and my team members, was profound. We heard from a former police officer, who told us of the time in his village where a whole group of men and young boys were lined up and shot. We also heard from a single mother of four, who had a seasonal job that paid 70p a day. 70p!

These families receive 800,000 Lebanese dollars from the UN to survive off. Half of this is paid towards rent for their make-shift tents, with the remaining covering the cost of water and gas. What remains, is what they use to purchase food. I asked one woman when was the last time she had eaten meat? She laughed, and said ‘it had been months’. It is a luxury they can rarely afford.

The war in Syria, the oppression in Palestine, they do not discriminate. We met single mothers, former seasoned professionals, the elderly, the youth, all seeking safety in these refugee camps.

We not only distributed food parcels, but hand-delivered your Zakat to families, in the form of cash donations. Their duas will be our saviours.

As we’d travelled during Ramadan, Salam Charity also provided iftar for the camp we were at, at Maghrib time. This was so lovely to see – these families having hot meals consisting of nourishing foods, including chicken and meat! It was lovely to see their joy and happiness at this.

One thought I was left with throughout was the strength and faith of the families in these camps. This poverty is not all they have known. These are people who had jobs, and homes, who lived normal lives, and have gone through terrifying wars, lost family members, undertaken dangerous journeys. And yet, for all their hardships and pain, they are truly so strong, so full of true happiness and faith. We have so much to learn from them. 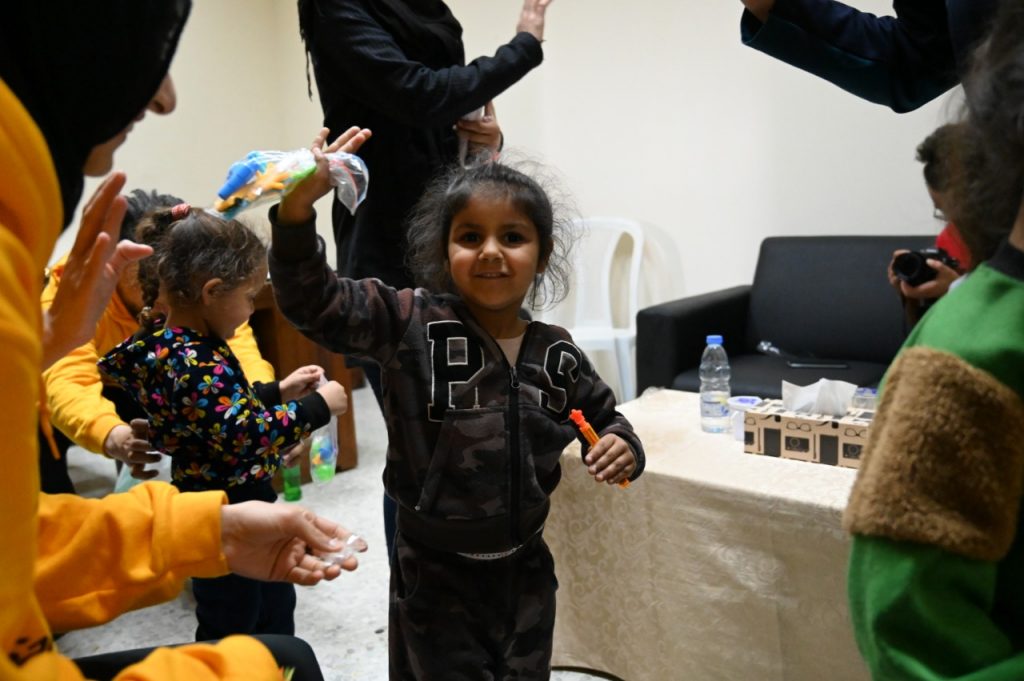 On day 3, we set off for Saida, to what was Salam Charity’s first ever psychosocial event in Lebanon. The team were visiting an orphanage, which housed Syrian and Palestinian children. For the day, they’d also invited Lebanese children whose families were facing abject poverty. Not only was this to be a psychosocial event, but it was aimed at building bridges between a fracturerd society. Refugees make up one third of the Lebanese population. A country that is already on the brink, facing a crippling economy, broken infrastructure and a government in disarray, has faced increased pressure of housing so many refugees.

This day was focussed on bringing together the younger generation of all nationalities, under the Salam banner, with an emphasis on interactive activities and conversation.

From children who cannot remember their homeland, to those who are orphaned, or suffering from desperate poverty, the stories are hard but necessary to hear. These are the kids your donations are supporting, and whose futures will be changed for the better thanks to you.

The best part of the day was when we took all 50 children to the local toy store to buy an Eid present. Their excitement is something I won’t forget. The joy at buying a tub of slime was unreal! One young boy asked us to buy his sister a present instead of him. When we told him we’d purchase one for both of them, he cried. This was the same young boy who would later tell us he had come from Iraq, but did not know how we arrived in Lebanon, and that he could not remember his father. Even in the face of such adversity, these children are teaching us generosity and gratitude.

As they were lining up to close out the day, one girl ran back to me and hugged me. I’d spent a good portion of the day playing basketball with her (she had some good skills!), and we’d somehow bonded, through a combination of sport and broken English and Arabic. It broke my heart to leave, but equally I was even more determined that I’d return to the UK, tell their stories, and do whatever I could to improve their lives. We owe it to them. 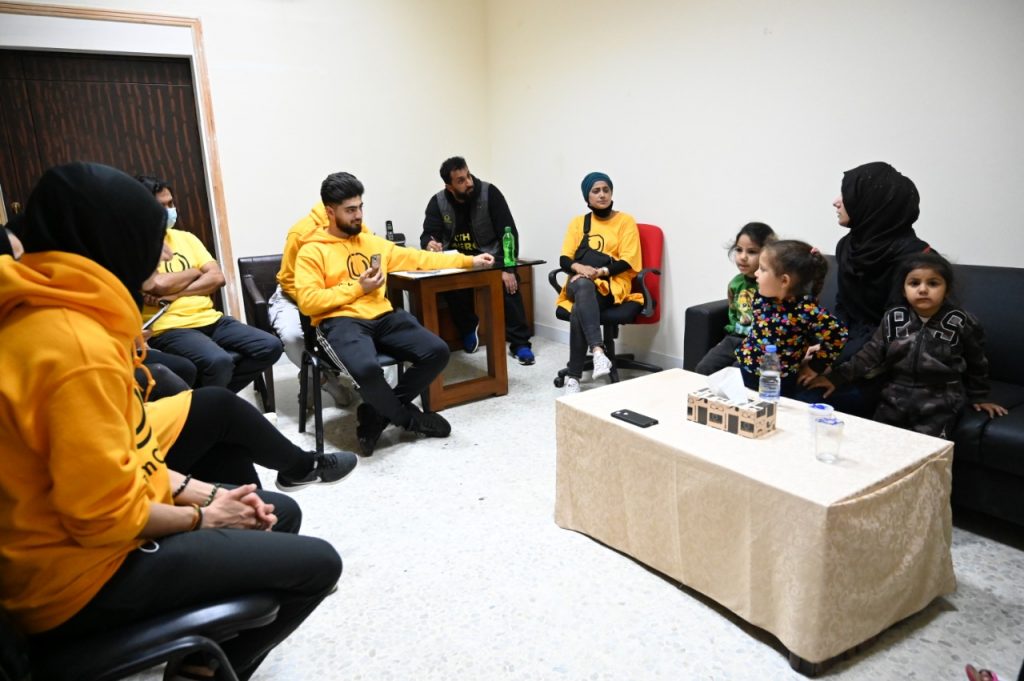 Day four started with food poisoning and ended with food poisoning. Almost all of our team, bar a few of us, became very unwell, and we could not risk spreading anything to the camps. This meant we had to isolate at our accommodation for the day. It wasn’t how we wanted to spend a single second of our time on deployment, but the risks of potentially spreading anything to refugees with no healthcare or medical treatment available was too great.
We hoped for a better day tomorrow! 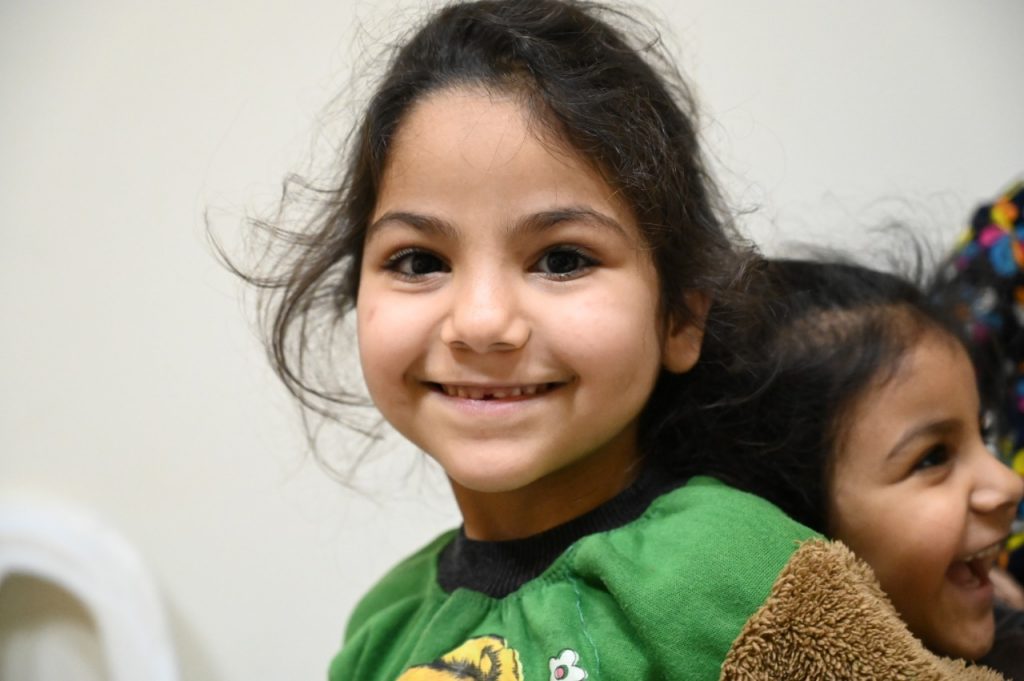 With (mostly) full recoveries made, our final full day in Lebanon was spent in the heart of Saida, at a local Welfare and Support centre, focussed on the Palestinian refugee community. Once again, we distributed over 100 food parcels to beneficiaries. The Palestinian refugee community in Lebanon are marginalised and second-class citizens. They cannot work, nor gain official Lebanese citizenship, and within Saida are allocated a run-down area of the city, living in poor, unsafe housing and accommodation.

After the distribution, we were taken inside the Centre where we sat with four young mothers, two with three children, one with two children and one with a single child. Here, they would tell us their stories. One woman we spoke to had three children, one with a hole in his heart, one with epilepsy and one with speech and language issues. She could not afford medical treatment. They had one paid of clothing each, which she washed and reused every day.

Another mother told our team that she regretted having her three children as she was oppressing them by being unable to provide for them. For every mother and father out there, you will know just how much unimaginable pain she must have been in to say such a thing. Needless to say, she left our team in tears.

Your donations single-handedly changed every one of their lives. We were able to provide housing, monthly allowances for food, and ensure medical treatment and check-ups were provided for the children. It isn’t an exaggeration for me to say you have probably saved those children’s lives.

As one of our team leaders Neezo said, ‘you might not be able to help everyone, but everyone can help someone’.

I was able to see, with full transparency, where our donations were going, who they were going to. I was able to visit and speak to the beneficiaries, and hear from them just how critical the food parcels and donations were to them. This is no small matter. You are not just spending £60 on a parcel and providing some bits of food. This is their lifeline. Most of these families do not eat, and the parcels are their only source of food.

I am grateful to Salam Charity for organising this deployment, it deepens my commitment to the good work they are doing. They continue the food distribution throughout the year, but also have a focus on long-term projects, including psychological support for refugees, education for children, projects for women and mothers. I am excited to be a part of this.

On a personal note, these six days changed my life. It left me ashamed of my own greed, but immensely grateful for the life I have lived and continue to live. It also motivated me to do more and be more for these people. They are our brothers and sisters, and we have a duty to them.

Think of it this way – they make dua to Allah SWT to provide them with food, with relief. Allah SWT is answering their duas with your donations. We are the vessel for His Mercy. What greater honour can we ask for? Amazing, subhan’Allah.

I have signed up for the next deployment in September. I can’t wait to once again be on the path of Mercy. 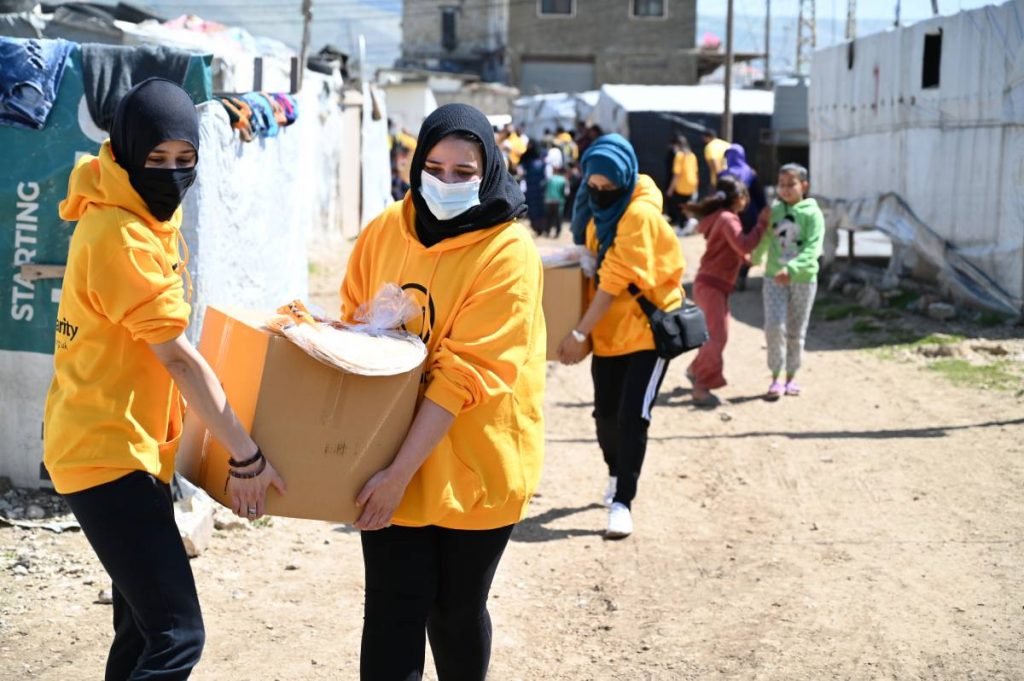